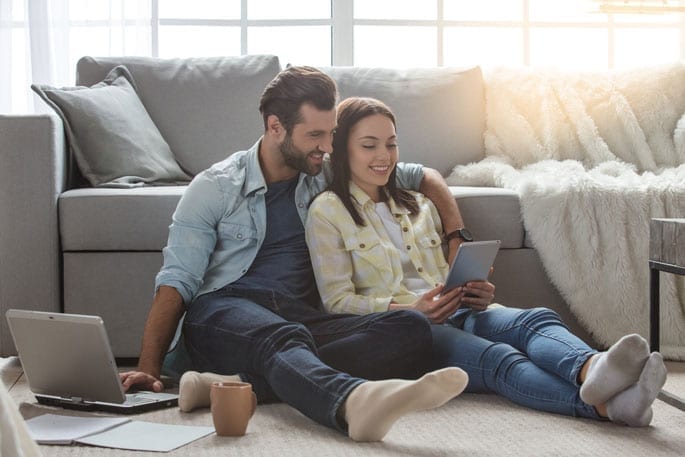 29 May Is too much time with anyone annoying, or is it just you?

Posted at 09:56h in Uncategorised by Tal 0 Comments
0 Likes

I told you there was no need to worry, after stepping off the R train for a little detour last week, we will very much get back on board and dive once more into that primordial soup we call Relationships.

It seems wherever I turn these days, I can’t escape the topic of domestic bliss, or rather, the lack of it. It could simply be a human nature thing as Homo sapiens do not need an invitation to moan. If there were an inter galactic all creatures’ Olympic games, and if one of the events was called Moanathelon, we would win gold hands down year on year, or so it seems – maybe I just need a new social circle. Putting aside our love of habitual grumbling for a moment, I wondered if the real reason behind this was the extra time we’re spending with our partners – I know it seems kind of obvious when you put it that way. In other words, after a while together, will any two get sick of each other? I wanted to know if it really was as simple as that, or if there was another ingredient at play.

One alternative explanation can be derived from the stereotype associated with relationships, which is to say that, after a while, they all get dull and begin to drain our inner cup of goodness. The journeys may differ but the destination is always the same. The duration is relative to the rate we drain that inner cup. Depletion is caused by partner interaction while cup filing is carried out by exterior sources such as friends, careers, hobbies, children …etc. This theory assumes that depletion is always faster and therefore the cup will eventually become empty at which point we more often than not either settle for a stale existence or call it a day; which one very much depends on the cost of the exit strategy.

A question that instantly comes to mind is this: Why is the depletion of that inner cup faster than refilling for so many? Needless to say, we cannot play ignorant and avoid facing the real problem. Zero awareness, advice or even hints are given at the start of a relationship when that cup gets its first taste of depletion. Only after a couple goes through years of disharmony and then seek counselling as a last resort do we provide any form of relationship awareness. I don’t want to bore you by repeating what I’ve already detailed in numerous articles, blogs and other social media postings as this is not the main topic here; I will only say that if someone is diagnosed with lung cancer from smoking, there just might be a remote chance that their first cigarette was inhaled a little bit earlier than five minutes prior to this diagnosis. The time to tell this person that smoking is harmful should have been at that first cigarette, or even before, not after years of smoking.

We hide the negative relationship statistics and instead give couples terrible advice that kills the fun and turns a potentially cup filling, loving and fun filled friendship into a libido crushing one. We need to implant alarm bells in all of us that ring extremely loudly the minute we hear ourselves, or anyone else for that matter, utter the words, “I think I’m in love and I’m ready to increase commitments”. These alarm bells should announce very audibly the following message: “You’re about to do something that has an 83% chance of failure because 83% of relationships become stale and void of friendship within 5 years. This happens because of all the so called ‘good advice’ friends, family and society in general have given, or will give you. To avoid becoming part of that 83%, find out what this bad advice is and get awareness about the better habits FROM THIS VERY SECOND”. I’m going to leave that there for now even though this message really cannot be overstated.

I’d like to shift the focus to the main topic of this piece. There is something that has probably contributed to this 83% far more than any other development in our human history: the institutional brainwashing to which we have all been subjected ever since we became farmers. The minute Barnabas told Samson back in Babylon (it was more like 7000 years before then and probably a tad further west), “Barney, what say you we put a rope around this patch and grow our own wheat?”, we have been led to believe that solitude equals dodging responsibility, and that idleness is the devil’s friend; the truth, ironically, is the polar opposite. These two human traits serve an invaluable purpose. They allow us to disconnect and let our brains wander for it is this very wandering that led to all human progress; invention happens when our minds stop focussing. Furthermore, solitude, or rather, being comfortable in the company of our own skin empowers us to call out and reject corrosive companionships rather than tolerate them just so we don’t end up alone.

The idea of ‘time alone to reflect’ is as old as human existence itself. For most of our history – and by that I’m going back a minimum of 2,000,000 years when the genus homo was around but we were still a long way away from mutating into what we are now, homo sapiens – sitting at the edge of a cliff and staring into nothingness was a necessary everyday occurrence. From this, eureka moments that provided better food foraging routes, safer habitats or whatever else was on our checklist back then, came about. Of course, they didn’t have Mario vs Luigi, Breaking Bad, the latest iPhone or Snapchat back then, so maybe they stared into the distance that often because there was simply nothing else to do. However, the fact remains that progress came about by giving our brains time off from us hijacking them to focus on our immediate needs.

In today’s world, such opportunities are rare if not impossible and the loss has increased our fear of being alone. Our addiction to the dopamine secreted when someone ‘likes’ our Instagram post means that our attention is constantly hijacked rendering us terrified of disconnecting. It is this fear that contributes greatly to the number of incompatibles that are cohabiting out there and the real damage happens in passing this trend to the children.

Before we go on, I’d like us to clarify my definition of ‘incompatible’. Anyone who feels that they settled with someone they no longer consider to be their number one partner for fun, laughter and freedom of expression is living in an incompatible union. Let me further clarify, compatibility is not about being in 100% agreement with another, there is no such thing. A compatible companion is the one with whom you most agree, laugh, have fun, and freely express. A person who knows he or she is not with such a companion will inadvertently pass on subliminal messages to their child that they are not quite happy with their lot. The child, even when still a baby, can sense that this person, on whom its survival depends, is showing signs of stress and therefore may decide to flee. Such a child needs to be extra weary of being left alone. To minimise the risk of the adult fleeing, this child will constantly try to be less demanding and less of a burden on the adult leading such a child to learn how to put themselves second and grow up to be a pleaser (quick survey: to all you chronic pleasers out there, were your parents each other’s number one choice for fun, laughter and freedom of expression?)

This of course is something we now know thanks to the work carried out by the likes of Bowlby and Winnicott. Experiments showed that toddlers that are products of secure relationships don’t show signs of distress if their caregiver leaves the room temporarily where as those that are products of insecure relationships do. It is from this early stage that we either learn to be ok with being alone or not. If we are sure that our caregiver is happy with their role, we are less likely to conclude that a temporary departure from our sight could become permanent; the converse also holds. Deficiencies in self worth can be traced to those early patterns and can lead to many issues in our adult lives. With the help of therapy, adults can understand the reasons for, and learn to live with their issues, but they can never reverse them.

In other words, an unloved caregiver can increase their child’s fear of solitude. When such children grow up, they will become more prone to settling for what viscerally feels incompatible just to avoid the bigger fear of being alone. I hope the logical solution to break this cycle is evident:

This site uses Akismet to reduce spam. Learn how your comment data is processed.

Send me a message