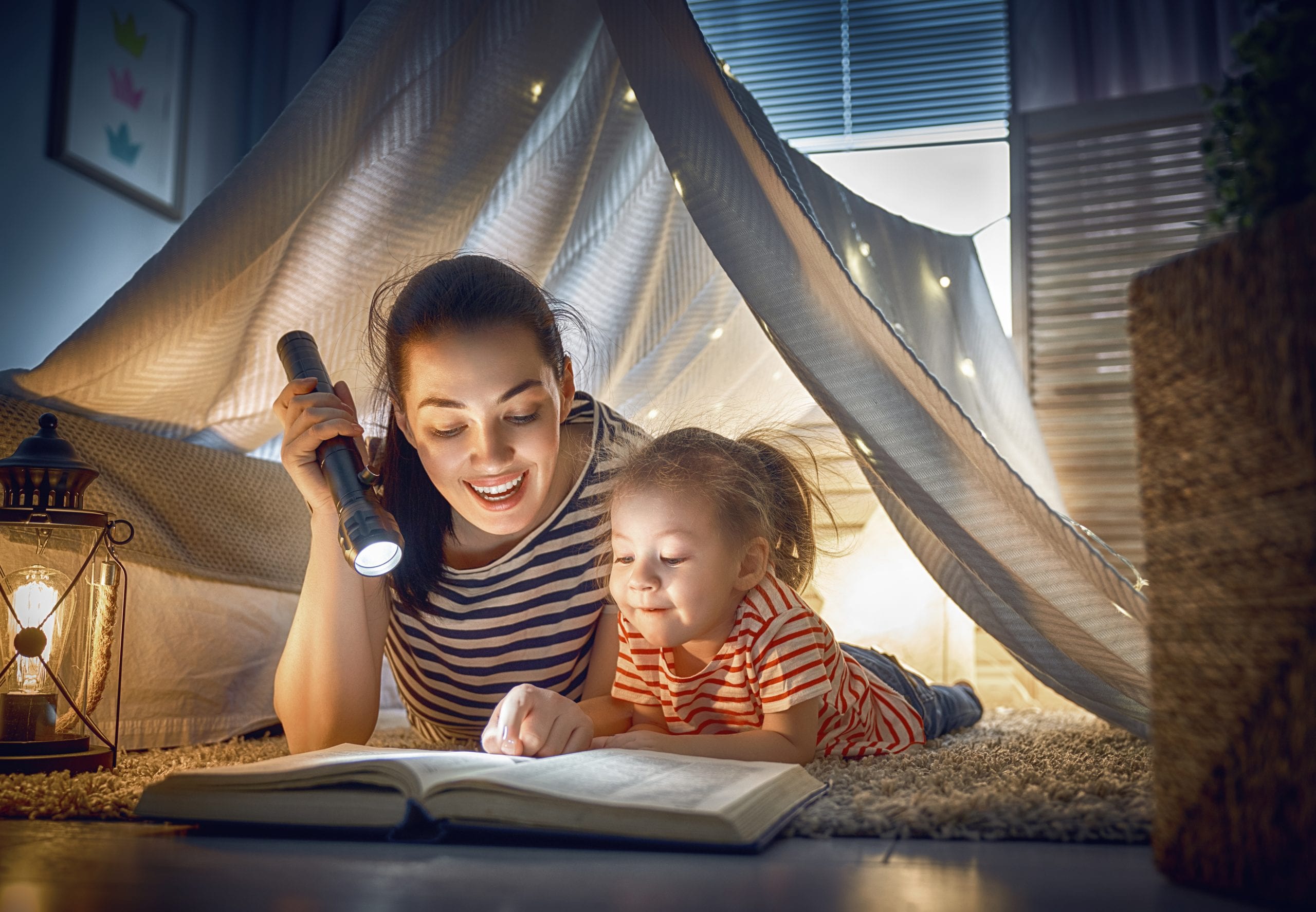 23 Jun Is over loving your children compensation for lack of partner love?

Posted at 16:19h in Uncategorised by Tal 0 Comments
0 Likes

When it comes to us couples, one thing that puzzles me is how blind most of us can be too repetitive patterns. We are experts at noticing other people’s behaviours without ever considering that we might be looking at a mirror. We’ve all heard ourselves, or our coupled friends, say things about non-present parties such as, ‘she always interrupts him’, or ‘he never backs her up’, or ‘he’s scared to make any decisions without first checking with her’, or ‘she gets irritated if the kids ask him and not her’ and so on. Humans are quite good at recognising such behaviours in others; however, I wonder how many of us would be willing to hear what others genuinely think of us as a couple?

One topic that ruffles a feather or two is parenting, in particular, overparenting or helicopter parenting. Very few can be critical of their own parenting skills; conversely, the majority can readily point a negative finger at other people’s parental behaviours. It doesn’t take a mathematician to work out that there is a discrepancy here. Whether you think you are guilty of overparenting or not, the truth is that overparenting is on the rise. One reason could be that what was seen as overparenting decades ago is now seen as the norm. If this has led to an improvement, we can stop calling it ‘overparenting’ and simply call it ‘modern parenting’. To try and see if this increase in overparenting has benefited us and our children, let’s take a closer look at this behaviour, its effects and its probable causes.

Helicopter parenting is a silent issue as most guilty parties aren’t aware of their misdemeanour. Even if accused, they justify their actions by saying things like, “if I’m guilty of anything, it’s of loving my children too much”, said with a sizeable amount of pride. The reality, however, is that overparenting does cause harm. Many studies have been carried out to help parents recognise, and avoid such behaviours. The Gottman Institute published a 2010 study by the psychologist Neil Montgomery which showed that young adults “with helicopter parents tended to be less open to new ideas and actions, and were more vulnerable, anxious, dependent, and self-conscious” (https://bit.ly/2Y3OjgZ).

It’s true that we’ve come a long way from our Victorian attitudes towards children. The overall effect is definitely a positive one as far more children nowadays do not live in fear of their parents; on the contrary, they find them to be substantially more approachable. This has several benefits; for one thing, a child reporting ill-treatment by third parties is now reassuringly more probable since children’s overall sense of relevance within the family unit has seen an immeasurable surge in the last century. As much needed as levelling the balance of power between children and parents was (some may say the shift has gone too far in favour of children), this shift may have solved one issue while causing another. Parents who do not receive their emotional needs from their partner are now seeing their children as a natural, safe, society approved, worthy and justifiable replacement as an emotional depository. After all, making your child the object of your affection-giving needs, as well as the source of your affection-receiving needs is far more ‘noble’ than say having an affair.

A noble pursuit can only be thus judged if it is void of negative side effects. For example, does it justify living with a partner that we no longer, or never really did, love? We may think that our duty is to provide the best home for our children and that means we must sacrifice and stay together for the sake of the kids, but as many studies have shown, this policy actually does more damage than good. As the author, Belinda Luscombe mentions, “children whose parents love each other are much happier and more secure than those raised in a loveless environment” (https://bit.ly/37xPgkO). From a young age, children can sense that their parents aren’t in love causing them insecurity and anxiety. This is in relation to “… parents who stay together; the outcomes for kids of divorce–even in the days of conscious uncoupling–are, generally, darker” (https://bit.ly/37xPgkO).

Once the children leave home, the partner relationship often suffers an irreversible reality check. Luscombe tells us that “…therapists say this is what’s behind the doubling of the divorce rate among folks over 50 and tripling among those over 65 in the past 25 years: it’s an empty-nest split”. Once children leave home, the partners lose the emotional glue that kept them together because they realise that the priority gap between ‘children’ and ‘partner’ is too high to ignore. You may say that once children come on the scene, it’s only natural for our priorities to change. However, research among young couples who don’t yet have children shows that prioritising children over a partner is rising even among young couples who don’t yet have children. You’d think that in this day and age, loving your partner would score higher than loving your children when it comes to reasons for coupling. However, in a Pew Research, when young people were asked what is more important for a happy life, having children or a good relationship, the number of those that prioritised children was not only higher, it was three times as high in 2010 as the corresponding result in 1997 (https://pewrsr.ch/3hA8UB9).

The question is why is this shift occurring? Why are more people staying together in loveless marriages while the kids are at home and then splitting once they leave? The answer, as we can deduct from the above, is that the status of children has soared to a level where we are now seeing them not only as children but as equal cohabitation partners. We are in a situation now where a family of four can see itself as a group of four house sharers once the children reach an age of even as young as five or six. We can cohabit with say three others as long as we have one person whom we see as an ally. In most cases, families have at least two children therefore in most cases, both parents see that their alliance forms the lion’s share of cohabitants. This opens up a whole new set of opportunities for us to meet our emotional needs. Considering the above shift in attitude to children and pairing that with our need to love and be loved, one can see why overparenting is on the rise.

A further consideration to bear in mind is that humans are terrible at lying to themselves for long periods of time. In a Darwinian sense, our survival very much depends on us being at least internally honest when it comes to the company we keep; we need to be with those that are on our side. Once we discover someone is not, we tend to lose the will and reason to invest emotionally in a relationship with that person. We want to invest in someone that ticks the items on our ‘trusted companion’ checklist: they will watch our backs, share their food, protect our children, including us in beneficial pursuits and defend us when we are wrong. If time proves that the object of our investment, our partner, is no longer ticking, or has never really ticked some or all of the items on our checklist, we lose interest and begin to seek out a worthy alternative in which to invest our emotions.

When it comes to children, it is in our DNA to see them as people who would tick every point on the above-mentioned checklist. Therefore, given that the status of children within the family unit has increased, if we begin to realise that our partner isn’t ticking our checklist, the process of losing interest in the partner and channelling our emotional needs into the children will be a natural and inevitable consequence. The shift occurs to such a level where the dependency on this new emotional source within the family unit is too great to risk losing. For this reason, you hear many parents conclude, openly or to themselves, that they are happy with their lot because as a family unit, they work very well.

However, as was so clearly demonstrated above, such an act is a selfish one because even though we are gaining a genuine worthwhile recipient for our emotional investment, this recipient will pay most of the cost. By making children number one when it comes to love within the family unit, we are stunting their growth, reducing their sense of independence, demeaning their respect for the other partner and teaching them to see lovelessness as a noble pursuit. To avoid this foursome of negativity, we must never forget that our children want to know we love them, but that we don’t need them; that for as long as we live, they are our number one priority, but not our number one choice for cohabitation; and that when it comes to our need to be loved, we will never make them shoulder the responsibility for this need.

This site uses Akismet to reduce spam. Learn how your comment data is processed.

Send me a message